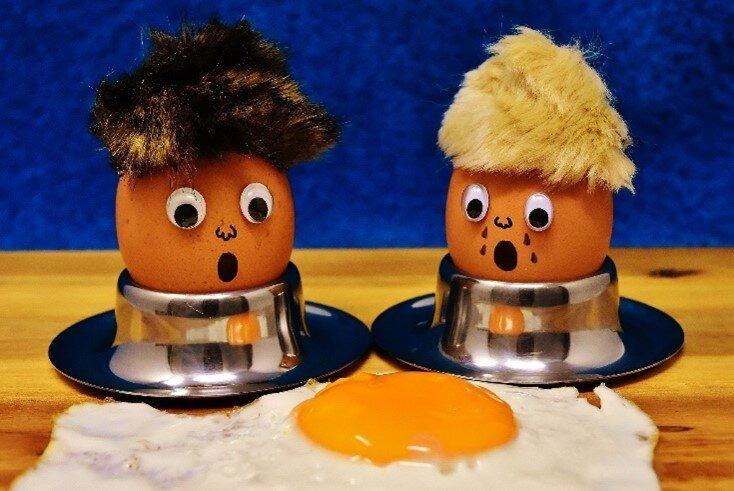 The observation that diet and health are related can be traced back at least to Maimonides a 1,000 years ago and Hippocrates over 2,000 years ago. With advances in public health measures and medical care, the average lifespan has been dramatically extended. Unfortunately, many of the extra years are burdened with chronic diseases like heart disease and cancer. More than ever, trying to determine what diet is most related to health is of importance to living a long life without disease. Nutrition science can be difficult, complex, and conflicting at times. What can you do when headlines appear that are in direct conflict with one another?

Research on the contribution of foods rich in saturated fats like cheese, butter, meats, eggs, and pastries to heart disease has been ongoing since the 1950’s. In order to evaluate the most current and quality data, a systematic review and meta-analysis of the relationship between saturated fat and heart disease was published by the Cochrane Database of Systematic Reviews (CDSR) on May 19, 2020. The CDSR is widely regarded as the leading and most respected of sources for evaluating topics in health care. The authors analyzed 15 controlled trials involving over 59,000 subjects and concluded that “The findings of this updated review suggest that reducing saturated fat intake for at least two years causes a potentially important reduction in combined cardiovascular events (21%). Replacing the energy from saturated fat with polyunsaturated fat or carbohydrate appear to be useful strategies.”  It would seem clear that reducing or eliminating meats, cheeses, egg yolks, lard, butter, ghee and baked goods would favor better odds of avoiding heart disease.

A new study again has put this topic in the headlines. A observational study of over 500,000 from an NIH-AARP Diet and Health Study evaluated eggs and the risk of death over 16 years. The authors observed that "in this study, intakes of eggs and cholesterol were associated with higher all-cause, CVD, and cancer mortality. The increased mortality associated with egg consumption was largely influenced by cholesterol intake. Our findings suggest limiting cholesterol intake and replacing whole eggs with egg whites/substitutes or other alternative protein sources for facilitating cardiovascular health and long-term survival".

Are there any ways to approach nutrition research with a system you can “digest” when new data and conflicting reports appear?  I rely on 2 leading research scientists who have proposed such an approach. One is Valter Longo, Ph.D, author of The Longevity Diet, creator of the plant-based Fasting Mimicking Diet, and internationally known leading academic researcher. He describes the “Five Pillars of Longevity” as a format to evaluated nutrition research. These 5 pillars are 1) biochemical research, 2) randomized trials, 3) epidemiology, 4) study of centenarians, and finally, 5) analysis of complex systems (like the environmental impact of a diet). For example, Dr. Longo considers the popular keto diet to be  a “half a pillar at most” as it lacks many of the components of this analytical system. In contrast, Dr. Longo teaches a plant-based diet in his book as it encompasses all 5 pillars.

The other leading scientist is Nobel Prize Laureate Michael Brown, MD who was awarded this high honor in 1985 for his research on the LDL cholesterol.  Dr. Brown delivered a lecture titled “A Century of Cholesterol and Coronaries” and described a method of evaluating the scientific literature on the relationship between cholesterol and heart disease. He called the method the “Four Lines of Evidence”. These 4 lines were remarkably similar to the Pillars described by Dr. Longo. Together they provide a framework to consider new information in a meaningful and big picture way.

Using the 5 Pillars or the 4 Lines of Evidence, there exists biochemistry, randomized trials, epidemiology and Centenarian data that indicate that diets lower in saturated fats like EGGS along wtih reduced or absent meats, cheeses, butter, pastries, lard, ghee promote health and reduce the risk of heart disease. While nutrition science can be challenging, using the methods here will help you make healthy decisions about your diet, always favoring plant-based selections.