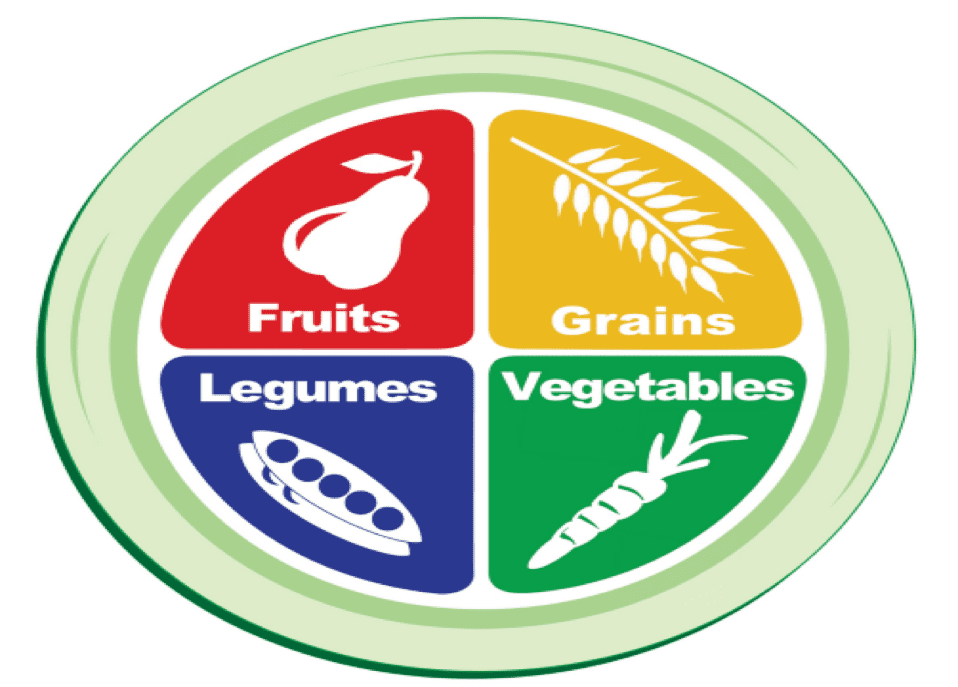 Over the last decades many people have elected to eat largely or exclusively plant diets successfully. The momentum and interest in plant foods has grown dramatically in the last few years.  Headlines, food industry resources, athletes and actors, and even hospital menus point to a tipping point for diets of plants over animals. Nonetheless, there are always naysayers and sceptics who may present opinions to the contrary. A new convert to plants might hear that “My brother-in-law’s friend’s sister’s boss tried to eat a vegan diet and her cholesterol levels went to over 1,000” or “I ate plant based for a few months and gained 45 pounds while developing acne and gas”. Many other versions can be found on the Internet and one might wonder how strong of support there is for a diet of fruits, vegetables, legumes, whole grains, and soy in its natural forms.  In my book The Plant Based Solution, I point out the support for eating plants over animals.  Here are some of them.

Politics, money, power, influence. That is why you see headlines in the newspapers or on TV news shows every 5 years regarding the Federal government and the USDA. This agency reexamines policy statements aiming to translate the latest science into a pattern to choose foods for healthy and enjoyable diets for the public. The stated goal of the USDA Guidelines is to improve health and reduce chronic disease with the main focus on preventing diseases like adult diabetes in the first place.  The Dietary Guidelines are often used or adopted by medical and nutritional professionals.  They are also used to develop policy that impact the USDA’s National School Lunch Program and School Breakfast Program feeding more than 30 million children each school day. The Guidelines also impact Special Supplemental Nutrition Programs for Women, Infants and Children (WIC) as well as the Older Americans Act, totaling millions more meals daily in the US. Finally, the Veterans Affairs and Department of Defense rely in part on the guidelines to develop food programs for the armed services and veterans.

After many hours of meetings, presentations, and debate, the Federal government chose only 3 patterns of eating to endorse for the USA. One was the Mediterranean Diet pattern, featuring large amounts of plant choices, one was a U.S. Healthy Eating Pattern that also featured many plant choices, and the third was a Healthy Vegetarian Eating Pattern!  There was even a vegan option endorsed!  The 2020-2025 edition placed this eating pattern free of all animal products on a lofty pedestal for health promotion. This should come as some comfort when you are considering adopting The Plant-Based Solution. In the Federal Guidelines, soy products, legumes, nuts, seeds, and whole grains were increased while meat poultry and seafood were eliminated. A vegan pattern was described using plant based dairy substitutes like soy and other milks. The guideline indicated that this Vegetarian Healthy Eating Pattern was higher in calcium and fiber than other choices although vitamin D (and vitamin B12) may be somewhat reduced and need supplementation, hardly a big deal. The endorsement by the 2020-2025 Dietary Guidelines of Vegetarian and Vegan Healthy Eating Patterns is a tremendous advancement.

The Academy of Nutrition and Dietetics is the world’s largest organization of food and nutrition professionals and has over 100,000 practitioners. These include registered dieticians, dietetic technicians, and other professionals and students. Members are involved in health care systems, foodservice, research and private practice. They are also leaders in following and influencing dietary policy like the Federal Dietary Guidelines.

The Academy has presented its positon paper on vegetarian diets and it is extremely favorable. Their overall position was stated that appropriately planned vegetarian, including vegan, diets are healthful, nutritionally adequate, and may provide health benefits in the prevention and treatment of certain diseases. These diets are appropriate for all stages of the life cycle, including pregnancy, lactation, infancy, childhood, adolescence, older adulthood, and for athletes.  They said that plant-based diets are more environmentally sustainable than diets rich in animal products because they use fewer natural resources and are associated with much less environmental damage. The paper goes on to comment that “vegetarian diets can provide protection against many chronic diseases such as heart disease, type 2 diabetes, obesity, and some cancers”.

The Positon paper by the Academy serves as a strong endorsement of plant diets for your health and the health of our planet.

All requests for reimbursement for Medicare and Medicaid services are evaluated and designated as appropriate for payment by the Center for Medicare and Medicaid Services (CMS), an office of the Federal government, only after exhaustive consideration. CMS has approved only 2 reimbursable programs for payment called intensive cardiac rehabilitation (ICR). One is called the Pritikin ICR program and one is the Ornish ICR program. Both of these are plant diet programs combined with exercise and support for cardiac patients. That CMS has endorsed two programs for ICR that are both plant based reflects the strong scientific support for this decision.  No other dietary pattern has that endorsement.

For many years a panel of nutrition experts ranks various diets for health for the US News and World Report.   Year after year, the best heart diet selected is the Ornish diet based on plant selections. The Ornish diet can be “tailored to losing weight, preventing or reversing diabetes and heart disease, lowering blood pressure and cholesterol, and preventing and treating prostate or breast cancer”. In the category of overall diets, the Ornish Diet rank, a vegetarian diet, and the Engine 2 Diet (another plant diet) all ranked near the top.  The #1 ranking of the Ornish plant diet for heart disease year after year is a strong endorsement.

One of the largest not-for-profit health plans in the world, Kaiser Permanente, covering around 11 million members, has published diet recommendations for its members. Kaiser published both a medical article describing the health benefits of a WFPB diet and also a guide for patients to get started. These materials are available in offices staffed by over 17,000 physicians in the Kaiser system. Kaiser has asked their physicians to recommend a plant-based diet to all of their patients by encouraging WFPB eating patterns while discouraging dairy, meats, and eggs as well as processed foods.

An international group of researchers pooled 95 studies involving almost 2 million study subjects who had provided dietary information (7).  They looked at the risk of heart disease, cancer and overall survival in follow-up based on how many servings a day were consumed on average. They found that all the way up to eating 800 grams a day of fruit and vegetables, or about 1 ¾ pound found in 10 average serving size, there was a 24% drop in heart disease, 33% drop in stroke, 14% drop in cancer and an impressive 31% drop in overall death rates during the study periods. They estimated that up to 8 million people a year would avoid death worldwide if they adopted the 10 servings a day habit.

A document referred to as EAT Lancet

has just been published. It fills 47 pages and was developed over 2 years by 37 experts from 16 countries addressing our food choices, health and the planet. It has generated headlines worldwide and has created discussion of the crucial topic of how to feed 10 billion persons by 2050.  The recommendations in this document create another massive pillar for plant diets. For example,

‘Civilization is in crisis. We can no longer feed our population a healthy diet while balancing planetary resources. For the first time in 200 000 years of human history, we are severely out of synchronization with the planet and nature. This crisis is accelerating, stretching Earth to its limits, and threatening human and other species’ sustained existence.”  And another, “The dominant diets that the world has been producing and eating for the past 50 years are no longer nutritionally optimal, are a major contributor to climate change, and are accelerating erosion of natural biodiversity.” Finally, “The dietary shift that is needed requires a dramatic reduction of consumption of unhealthy foods, such as red meat, by at least 50%, with a recommended daily combined intake of 14 g (in a range that suggests total meat consumption of no more than 28 g/day), with variations in the change required according to region.”

For the first time on over a decade the Canadian government assembled at team to create a document recommending healthy food choices and guidelines for its citizens. This was just published and is being discussed worldwide. The guideline was displayed as a food plate with “a glass of water and a plate with food. Half of the plate has vegetables and fruits (broccoli, carrots, blueberries, strawberries, green and yellow bell peppers, apples, red cabbage, spinach, tomatoes, potatoes, and green peas); one quarter of the plate has protein foods (lean meat, chicken, variety of nuts and seeds, lentils, eggs, tofu, yogurt, fish, beans), and one quarter of the plate has whole grain foods (whole-grain bread, whole-grain pasta, wild rice, red quinoa, brown rice)”.

The guideline went on to recommend that 1) Healthy eating is more than the food you eat, 2) Be mindful of your eating habits, 3) Cook more often, 4) Enjoy your food, 5) Eat meals with others, 6) Use food labels, 6) Limit foods high in sodium, sugars or saturated fat, and 7) Be aware of food marketing. Overall the guideline called for a shift away from dairy and more plant proteins like beans and lentils in place of meats.