Reversing Disease With Plant Diets: Over 70 Years of Science 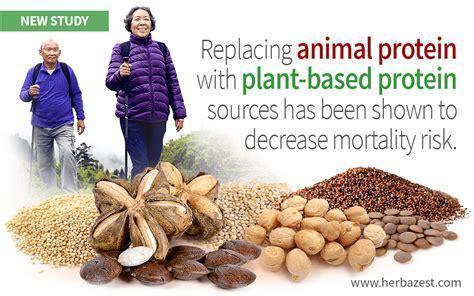 When the Human Genome Project was completed in 2003, the field of aging expected remarkable findings from “cracking” the genetic code, the “genetic” era of health. In the last 15 years a new era appeared, called the “epigenetic” era.  This is the science of how our environment influences the activity of our genes. Lifestyle can actually switch certain genes on and others off. Choices made about nutrition are the most powerful environmental factors that influence gene activity, followed by fitness, quality of sleep, toxins including smoking, and stress.  Our genes may load the “longevity and health” gun, but lifestyle pulls the trigger, or not.

A brief description of some of the ground-breaking experiments that can impact your chances of a long and healthy life, called your healthspan, follows.

Dr. Dean Ornish, an internationally acclaimed physician in California, studied 31 men with low-grade prostate cancer and fed them a plant-based diet with fewer than 10% of calories from fat. The men were encouraged to walk, meditate and meet in group sessions. At the end of only three months, 48 genes crucial to cancer growth were found to be more active but 453 genes, ones that controlled for tumor growth and protein production, were less active in producing proteins. Overall, blood tests for prostate cancer activity improved and tumors shrunk.

From the same patients studied above, Dr. Ornish and colleagues measured the activity of an enzyme produced by genes, telomerase, believed to be involved in slowing the aging process. At five years, the age-related decrease in telomerase activity was much less in the plant-based group than a control group and their telomeres were longer, suggesting a slowing of the aging process.

A research group in Pennsylvania studied 63 individuals with heart disease who followed the Ornish plant-based lifestyle program and compared them to a group of 63 people who did not follow any particular program. While the control group experienced no improvement in health, the Ornish group lost weight and blood pressure fell by about 10%. At 12 weeks, researchers found that 26 genes were exhibiting different activity in the Ornish group. After a year, that number swelled to 143 genes. The genes that promoted inflammation and blood vessel injury were significantly reduced in activity.

The most robust data for the importance of a plant diet, perhaps one naturally low in calories from fat, pertains to the important question of whether heart disease can be prevented and even reversed after years of slow progression. The answer is an enthusiastic yes and a few of the key pieces of evidence are important to be familiar with.

Lester Morrison, MD practiced internal medicine in Los Angeles in the 1940’s and 1950’s and had many heart patients but few therapies. He was aware of a unique report following the end of World War II that during the war in Norway the rate of heart attacks and cardiac deaths plummeted. Morrison hypothesized that the seizure of farm animals and dairy products in countries like Norway the population relying on largely plant-based sources. He designed a plan for his heart patients that omitted rich foods like cream, butter, full fat dairy, olives, nuts avocados, oils, glandular organs, and egg yolks. His results were published in a well-respected medical journal and showed a greater than 50% drop in deaths in the plant-based diet group at 12 years.

Nathan Pritikin was an aerospace engineer in Santa Barbara and heard of the nutrition work being done by Lester Morrison, MD. Pritikin visited Dr. Morrison in the early 1950’s and learned that his cholesterol was over 300. Pritikin dug into the books and designed a plant-based regimen rich in beans, low in fat, and combined it with walking. He was able to lower his cholesterol by nearly 200 points at a time when there were no drug therapies and slowly his stress test returned to normal. He wrote a book, The Pritikin Diet, that became an international best seller. His legacy lives on at the Pritikin Longevity Center and Spa in Miami, Florida.

Dean Ornish, MD was introduced to Eastern philosophy when his parents invited Swami Satchidananda to their home. Ornish was impressed by his words and yogic practice and the two remained in contact while Ornish pursued medical training at Harvard and the University of California. Ornish launched the Lifestyle Heart Trial with a randomization between lifestyle therapy and control in patients with very severe heart disease. The 5-year data on the plant diet treated group showed dramatic reversal of plaque in the treatment group while the control group got worse and worse despite conventional cardiology care and follow-up. In 2010, insurance companies approved the Ornish program and the Pritikin plant-based programs for the treatment of heart patients.

Caldwell Esselstyn, MD won a Gold Medal in the Olympics, served his country as a surgeon in Vietnam, and had an honored career at the Cleveland Clinic treating breast and thyroid disease. However, like Pritikin, he had a passion to learn and changed his focus to heart disease. Along with his wife Ann, he recruited patients with advanced heart disease and taught them to eat a plant-based diet without any added oils, nuts or avocados. Their work spans decades but he recently published a  sample of nearly 200 patients and identified a high compliance rate with the program and a very low cardiac event rate. In short, plant-based diets without added oils appeared to quickly heal and reverse long standing blocked arteries.

The Fasting Mimicking Diet (FMD) developed by Valter Longo, PhD. at the University of Southern California is a 5-day plant diet program with enormous research supporting its benefits. The fact that it teaches avoiding meats, dairy, eggs, and fish for the benefit of the body is of note. The program is used widely in my clinic, is patented, and supports healthy regeneration, longevity, and aging.

Food is powerful information that can act as a remote control to our gene. Our fork is the most powerful surgical instrument there is. A plant-based diet promotes health and longevity better than any other diet or lifestyle choice known to the medical field.