Vitamin C and Lipoprotein(a): The Evidence for Benefit 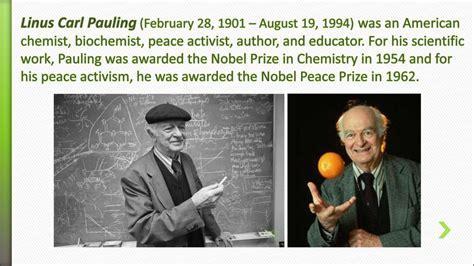 Heart disease remains the No. 1 cause of death in the Western world, and efforts to reduce the burden of disease must be pursued constantly to avoid the tragedy of early demise and disability. An initial set of factors related to heart disease were first reported by the Framingham Study in 1961 and included smoking, high cholesterol, high blood pressure, diabetes, and a family history of early heart disease in close relatives. Little has changed in that list since 1961 in the way medical students are taught (my role at two universities) and the way most practitioners approach patient screening. However, science marches on and multiple markers and causes of atherosclerosis are now known to extend beyond Framingham risks. Some experts number factors related to heart disease in the hundreds.

One of the most interesting of these is lipoprotein(a) or Lp(a), a molecule of various sizes combining a LDL cholesterol molecule and a “glycoprotein” called apo(a) that can be rich in oxidized phospholipids. Lp(a) has been shown to accumulate in human plaque. Lp(a) levels are mainly determined by genetics and are not lowered by the most popular of cholesterol therapeutics, the statins. Niacin, L-carnitine, and coQ10 can lower Lp(a). Although it is still rare to measure Lp(a) in the U.S. (although routine in mine), it is recommended as part of a cardiac evaluation by societies in Europe. I have measured Lp(a) in thousands of my preventive cardiology clinic patients over the last decade.

There is a theory of atherosclerosis that links vitamin C, other nutrients, and the treatment of Lp(a). A fact rarely mentioned in medical conferences is that two events happened around 40 million years ago. Humans lost all ability to manufacture vitamin C from glucose, becoming totally dependent on nutritional intake of vitamin C. The sailors on English ships died of scurvy due to the lack of all vitamin C because they could not make any. Simultaneously, during the same period of time, humans became one of the few species to manufacture Lp(a). A theory has been promoted by Dr. Linus Pauling, double Nobel laureate, and his student Matthias Rath, M.D. that coronary artery disease is a combination of a deficiency of vitamin C from poor diet resulting in weakened arterial walls (vitamin C is critical along with lysine to make collagen, the backbone of arteries) and the proclivity of Lp(a) to travel to and bind to weakened artery walls, bringing with it LDL cholesterol and inciting plaque development. It is as rare to advise vitamin C to patients in American medicine as it is to check Lp(a) levels.

Although it took 25 years to develop the proper animal model, there is data to support this theory. In a breakthrough experiment, Dr. Rath took mice that normally produce vitamin C and created a model that was unable to make this chemical. Simultaneously, the mice were modified to express Lp(a), a molecule they normally do not make. What happens in mice that now mimic humans in their ability to make Lp(a) and not vitamin C? The mice produce atherosclerotic lesions in their arteries and Lp(a) deposition in the plaques just like humans.

Further research will be needed to pursue this novel experiment, and Dr. Rath has offered his transgenic mice model to researchers for free. Recent research in various human disease indicate a role of vitamin C and vascular integrity. In the meantime, it would be wise to increase vitamin C in the diet (citrus, other fruits, vegetables) and lysine (legumes, organic soy products) by whole food sources and perhaps also nutritional supplements. While a pinch of vitamin C may prevent scurvy, returning the norm in humans to grams a day, like other animals our size, may help prevent the No 1. killer in Western society. We routinely use vitamin C and lysine nutrition support in patients with elevated Lp(a) at the Kahn Center.