Your Genes Load the Gun but Your Lifestyle Pulls the Trigger: Or Not

Kahn Center for Cardiac Longevity Blog Your Genes Load the Gun but Your Lifestyle Pulls the Trigger: Or Not 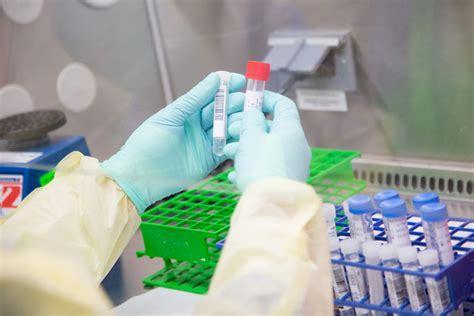 Our progress in understanding human genes has been amazing and humbling. About 150 years ago, Gregor Mendel used pea plants to establish some rules of inheritance, and about 50 years ago, Watson and Crick described the double helix of DNA. In 2003, the entire human genome was sequenced, something I have done a few years ago.

The humbling part was, when the number of genes in human cells were counted and compared to other organisms, our genome was considerably smaller than that of many other species. For example, humans have about 25,000 genes in each cell, while the tiny water flea has over 30,000. Scientists had assumed that due to our advanced abilities and organ structure, we'd have over 100,000 genes.

While we don't have that many genes, scientists have very recently discovered ways to impact the modest number we have, in an exciting new field called epigenetics. It explains how changes in gene activity can occur without changing our actual DNA.

One way that we can influence gene activity is through the foods we eat. Food can be used as a genetic on and off switch to alter our weight, blood pressure, blood cholesterol, cancer growth, and even our chances of healthy aging.The impact of nutrition on our genes is often called nutrigenomics.

To date, most of the elegant studies on nutrigenomics have been performed with a plant based, low-fat menu—specifically the Ornish Diet. Let’s look at some of these experiments:

Dr. Ornish, a cardiologist, fed 31 men with low-grade prostate cancer a plant-based diet with fewer than 10% of calories from fat. The men were encouraged to walk, meditate and meet in group sessions. At the end of only three months, 48 genes crucial to cancer growth were found to be more active but 453 genes (ones that controlled for tumor growth and protein production) were less active in producing proteins. Ultimately, the researchers deduced that intensive nutrition and lifestyle changes may modulate gene expression in the prostate.

From the same group studied above, Dr. Ornish measured the activity of an enzyme produced by genes, telomerase, which are thought to be involved in slowing the aging process. At five years, there was much less age-related decrease in telomerase activity in the plant-based, low-fat group than a control group and their telomeres were longer, suggesting a slowing of the aging process.

A recent research group in Pennsylvania studied 63 individuals with heart disease who followed the Ornish program and compared them to a group of 63 people who did not follow any particular program. While the control group experienced no improvement in health, the Ornish group lost weight and blood pressure fell by about 10%.

At 12 weeks, researchers found that 26 genes were exhibiting different activity in the Ornish group. After a year, 143 genes were doing the same. The genes that promoted inflammation and blood vessel injury were significantly reduced in activity. The control group showed no improvements as they maintained their standard diet during the year.

When Hippocrates wrote 2,400 years ago to “let food be thy medicine,” he had no idea that scientific experiments would one day prove him a visionary. Food is no longer just a source of calories containing protein, carbs and fats. Food is information and can be viewed as a remote control to our genes, turning them on and off by a variety of modifications.